A much wider field of view, but it’s just a prototype for now 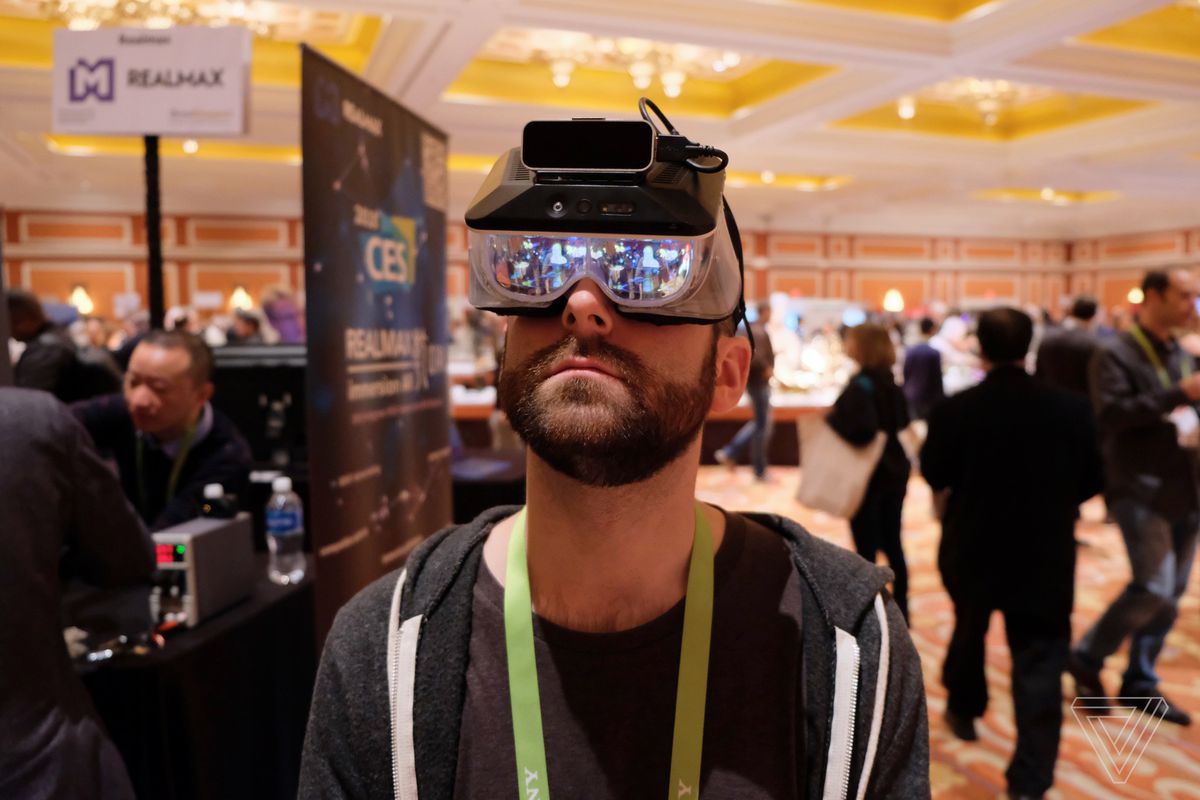 Hong Kong-based RealmMx is an augmented reality startup, one of many trying to crack the highly sought-after smart glasses market that’s taken CES by storm this year. The company’s prototype product, which it’s brought to the show floor in Las Vegas this week, is very much a work in progress, but it does have one promising step up over the competition: the product has the widest field of view (FOV) of any AR device I’ve ever personally tried, including the HoloLens.

I didn’t get to spend an extensive amount of time with the RealMax headset, but I did try two different demos, the first of which filled my field of vision with a mermaid and a school of ocean-dwelling fish. The second floated virtual satellites around a 3D map of the Earth floating in front of my face. They were super-rudimentary demos, and it’s clear the prototype is many months away from resembling anything close to a finished product. Aesthetically, RealMax’s prototype headset looks like it was cobbled together by a handful of off-the-shelf parts.

REALMAX’S HEADSET DOESN’T LOOK GREAT, BUT IT HAS AN IMPRESSIVE FIELD OF VIEW

But the FOV, at more than 100 degrees, is genuinely impressive. The current iteration of Microsoft’s HoloLens, likely the most advanced AR headset available at the moment, suffers from a painfully small FOV of around 35 degrees. That means the rectangle within which the headset can project virtual images is about the size of a deck of cards floating at eye level. RealMax, on the other hand, manages to project images almost to the edge of where your peripheral vision starts.

The company claims it can achieve this vastly superior FOV only by using some proprietary optics, which involve a combination of so-called waveguide and freeform technology to control how light is beamed out from a source and then reflected back onto the lenses a user looks through. (To be fair, a Microsoft patent filing that surfaced in October of last year outlined how the company plans to double the HoloLens’ FOV, and we expect a second-gen version of Microsoft’s AR goggles to come out in 2019.)

RealMax doesn’t have the same object and depth detection capabilities as the HoloLens — Microsoft basically took the innards of the Kinect and crammed them into a headset. But the startup is using an attachable module from motion and gesture control provider Leap Motion to detect hand movements. That way, you can reach out in front of you to interact with virtual objects in an AR scene while the Leap Motion module takes care of the tracking and gesture input. This worked even on the prototype device I tried here at CES.

RealMax says it’s bringing its tech to market as a developer version in the third quarter of this year for around $1,500. It’s not clear the company will be able to outpace the biggest players in the industry, many of which are all vying to be the first to develop and sell fully-baked AR glasses. But it cannot be overstated how much of a difference it makes to have a wider field of view when it comes to immersive AR. For that, RealMax deserves a shout-out.